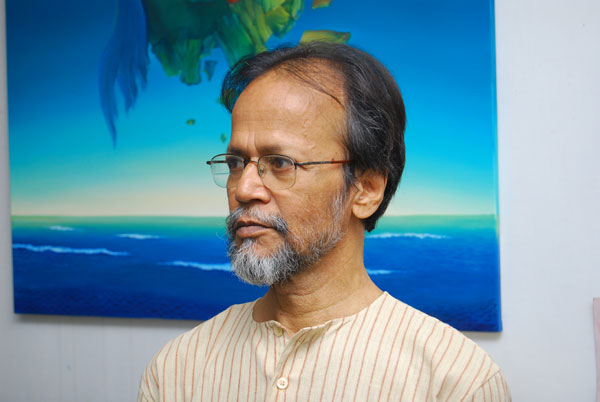 Scholarships and Awards — Selected as a scholar under the exchange programme of scholars between Yugoslavia and India; awarded a scholarship to study medieval Byzantine monasteries in Yugoslavia. Art Exhibitions and Collections — Solo exhibitions held in Europe and India. Private and public collections in India and abroad.

Kolkata based artist Animesh Nandi’s paintings represent serenity, a desire to be one with nature and to understand and feel the beauty of the universe from within. He believed that all of nature’s animate and inanimate creations co-exist in inter-dependence and finally make the journey to be with the Almighty or the Supreme. Blue has a very strong presence in most of his paintings giving a different flavour to his canvasses. Nandi’s impressions are reflected in almost all his artworks creating an outstanding panorama.